The Most Widely Accepted Qualifying Condition For Medical Cannabis 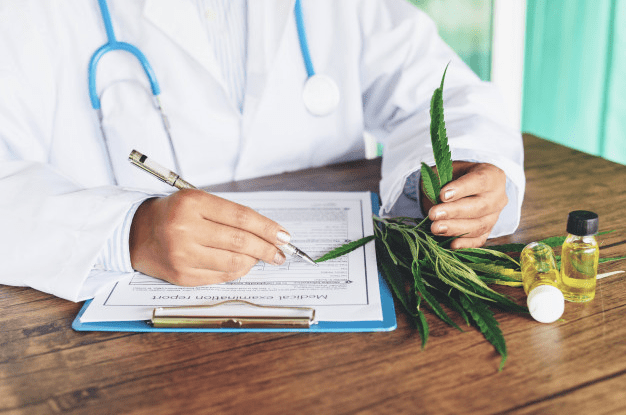 Cannabis has started to become widely accepted. This has led people to seek it to provide relief for a growing number of issues. Marijuana is not the cure for diseases but rather an excellent handler of the symptoms that follow the disease. Every state has its own set of medical conditions that they deem appropriate for cannabis consumption.

In the case of the below-mentioned conditions, marijuana has shown a considerable amount of promise in relieving the symptoms. Before you go to a dispensary, make your way to a 420 medical Doctor San Jose to be sure if your condition is on the list in your state or not.

Who has not heard the story of Charlotte Figi, the small kid whose seizures dropped from 200 to 2-3 by administering cannabis? Marijuana has gained recognition for its anti-seizure properties. CBD, the non-psychoactive compound of cannabis, is singularly responsible for reducing the frequency of seizures. Cannabis is about 42 % effective in lowering the number of seizures. So much so, that some states allow it as a treatment in minors.

Research is still ongoing into how cannabis might even be able to treat cancer itself; for the time being, it is a great way to handle the symptoms. Especially that of chemotherapy, which includes pain, appetite loss, and nausea. For effective treatment, patients prefer a balance of both THC and CBD in the cannabis products they consume.

The loudest voices of cannabis legalization have been people who have multiple sclerosis. They have also been the most affected by the legalization as the herb helps alleviate many symptoms that are associated with MS. Symptoms that cannabis helps with include insomnia, pain, inflammation, abdominal discomfort, muscle spasms, and depression

This is an eye condition that can have permanent effects on eyesight if left untreated. Ophthalmologists haven’t been very sure of the use of cannabis to treat it but have steadily gotten on board. Most people who search for 420 evaluations near me, would be able to find a doctor nearby who can prescribe a non-smokable form of cannabis for treatment.

This disease has become increasingly manageable with the medication in the market, but no cure still exists in the market to help people suffering from HIV/AIDS. But there are ways to manage it, and cannabis is one of those ways. The first round of advocacy for the legalization was driven by people who have HIV/ AIDS. This is because it has proven to be especially useful in its ability to treat the symptoms. The symptoms that cannabis helps alleviate are nausea, appetite loss, and fatigue.

As medical cannabis has become increasingly available, patients suffering from neurodegenerative diseases such as Lou Gehrig’s Disease(ALS), Alzheimer’s, Parkinson’s & Huntington’s have reported being living a better quality of life. Cannabis in these diseases has been shown to improve cognition and mobility by relieving spasticity, rigid muscles, and a lot more.

If there is one condition that features on every list, it is Post Traumatic Stress Disorder. This disorder manifests itself via panic episodes and hypervigilance. Also, additionally, people who have PTSD report mood swings and sleep disturbances. Cannabis helps them calm down, fall asleep faster, and stay asleep for a more extended period of time.
This is by no chance an exhaustive list, so do remember to consult your state-specific qualifying conditions before you decide to write it off as a possible treatment. Cannabis can be a lifesaver, and we have just started to unearth its potential.