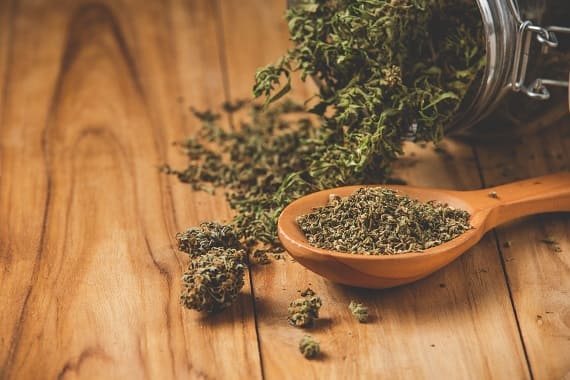 Cannabis has truly grown exponentially in the last few years, from being a taboo topic to being openly discussed, consumed, and medically recommended after 420 evaluations. But there is one question that has always haunted the cannabis industry and still does, is cannabis addictive?

While an affirmative answer might come off as too strong, a negative one might be too lenient. The truth is that cannabis consumption and eventual dependency fall into a gray area where a bunch of other deciding factors plays a role. These could be the amount of cannabis being consumed, the frequency of consumption, your own tolerance to the herb amongst others.

Before we start discussing the potential reasons and symptoms of marijuana dependency, let’s first talk about what a cannabis use disorder is.

What is Cannabis Use Disorder?

Medically, the habit-forming and dependency developing effects of cannabis are termed cannabis use disorder.

While multiple people tend to use the terms ‘dependency’ and ‘addiction’ interchangeably, they are not the same thing. A cannabis user can develop dependency while not being addicted to cannabis. This disorder often leads to addiction if proper precautions are not taken.

It is crucial to remember that recreational doses of cannabis do not lead to any dependency. This is so because recreational doses are:
1. More often CBD based, which is a non-psychoactive compound of cannabis
2. Have 0.3% or less THC, the psychoactive cannabinoid of cannabis
3. Has other minor cannabinoids and terpenes that can lead to an entourage effect but aren’t capable of leading to an effective high or eventual dependency

It is the potent medical marijuana doses bought after 420 evaluations that can lead to a sort of high and eventual dependency.

Note: This does not mean that every medical marijuana dose is bound to lead to addiction. It is estimated that 30% of cannabis users develop a cannabis user disorder to some degree, however, much smaller percentage transitions onto addiction.

Even when comparing cannabis to other intoxicating drugs with the potential for an addiction like alcohol and cocaine, cannabis abuse has the least probability of transitioning to dependency.

Reason Behind Cannabis Use Disorder

Very often, cannabis as a herb isn’t the culprit for the associated habit-forming effects. On the contrary, it might be the method and duration of consumption along with the potency you’re consuming.

Let’s discuss some of the reasons why cannabis can be addictive:

Medical marijuana products usually have a higher THC potency. This THC, aka, Delta -9 – tetrahydrocannabinol is the most crucial and well-known cannabinoid found in cannabis, closely followed by cannabidiol (CBD). However, the major difference between the two cannabinoids is the potential of their effects.

While CBD is a calm-inducing and relaxing component that helps patients find relief from pain and inflammation, THC works a little differently. While it also works to bring relief to patients, it also has psychoactive effects that lead to a high.

It is this high inducing factor found in cannabis that can be the leading cause of dependency in multiple users.

Age of Initiating Use

While finding the reason(s) for the dependency on cannabis isn’t always exact, a few factors can be counted as contributors. One such factor is the age a person starts consuming cannabis.

Research shows that early onset of use (in early teens), correlated to cannabis dependency.

Daily and regular use of cannabis over longer periods without a tolerance break can increase your chances of developing dependency. However, if you continue taking breaks or do not follow a certain pattern of consumption, the probability of dependency reduces.

When it comes to marijuana dependency, a number of indicators can give you hints of the condition. Early diagnosis can help you take precautionary steps and save you from becoming addicted.

Some common indicators of cannabis use disorder are as follows:

Some of the most apparent withdrawal symptoms can be:

When users become too dependent on cannabis and reach the verge of addiction, some simple steps can help break the cycle.

Consumers must realize that medical marijuana doses are recommended to help patients find relief from their chronic symptoms. However, it is their own responsibility to ensure that after getting a 420 evaluation, they manage and monitor their consumption in such a way that they stay in control of the effects.