ADHD (Adult-deficit Hyperactivity Disorder) is a mental illness that is linked to hyperactivity and impulsive behavior. Patients suffering from this condition usually have unstable relationships, low self-esteem, and trouble concentrating on their work. Marijuana’s active cannabinoids can help in managing ADHD symptoms by interacting with the endocannabinoid system of the body. There’s strong evidence that cannabis is way better than prescription medications, and more ADHD patients are turning to it. Medical marijuana is legal in more than 30 US states and the remaining ones are also legalizing it for medical users. To access cannabis in a legalized state, you need to apply for 420 evaluations online.

ADHD is a neurodevelopmental disorder, which can lead to concentration problems. Patients with this condition often have trouble focusing on their work, show signs of restless behavior and fail to manage certain events. Moreover, ADHD can cause relationship problems at home and in college.

For treating ADHD, doctors usually prescribe stimulant medications such as Adderall and Ritalin. These drugs work by correcting the levels of dopamine, a neurotransmitter responsible for brain cell communication. Although drugs can help in managing ADHD symptoms, they can lead to unpleasant side-effects.

To avoid risks associated with ADHD drugs, most patients prefer using medical marijuana as an alternative. The herb works the same way as medications do, i.e. changing dopamine levels. Most of the consumers say that marijuana is a safe treatment of ADHD, and it doesn’t have any risks of addiction.

In the United States, cannabis is listed among the most commonly used recreational drugs. Most people use it to experience high effects. However, in recent years, scientists are researching the non-psychoactive compounds such as CBD. CBD products deliver medicinal benefits without causing high effects.

Let’s now look at some of the medical studies.

According to a study of 268 different online discussion threads, marijuana played a vital role in managing ADHD symptoms. Some schools of thought say that a lack of dopamine in the brain’s prefrontal cortex region may cause ADHD. Marijuana can help in producing more dopamine, thus helping patients with attention deficit hyperactivity disorder to promote wellness.

However, repeated use of substances like cannabis may lead to the development of dependence and brain changes, thus challenging a person’s ability to resist intense urge to use drugs.

In 2017, Nature journal published a study, discussing THC’s dopamine-releasing action. Researchers concluded that THC can help in boosting dopamine levels for the short-term, but may dull the system if used for the long-term.

A trial checked the effects of marijuana’s cannabinoids on ADHD patients. While the number of participants was small, the results were significant. Researchers noticed that there were small improvements in ADHD symptoms. They also concluded that the chances of development of side-effects with marijuana use were less in adults as compared to children.

Is marijuana safe for children with ADHD? 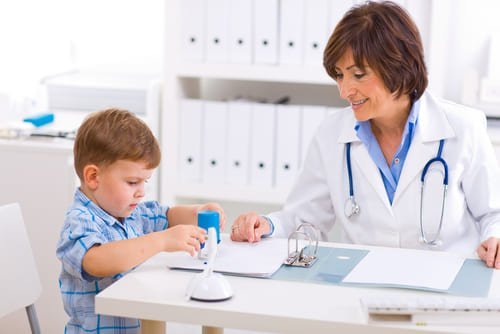 Researchers say that the potential side-effects may worsen the condition, thus outweighing the health benefits. The brain of the children is in the development stage, and marijuana use may change normal neurological development, thus causing harmful cognitive effects.

NIDA says that patients who start taking cannabis before the age of 18 are 4-7 times more likely to develop problems with it.

So, always discuss your condition with a licensed doctor and seek professional advice for what’s right for you.

To sum up, marijuana is effective in alleviating ADHD symptoms. Its cannabinoids possess amazing medicinal properties, and they work by interacting with the body’s endocannabinoid system. Currently, researchers believe that cannabis compounds can provide short-term improvements, but may worsen the symptoms when used for long-term. Thus, it’s important to analyze your condition, how your body responds to cannabinoids, and select the right strains and dosage.

Talk to a licensed medical marijuana doctor to apply for 420 evaluations in San Jose.

In light of the COVID pandemic, we advise all our patients to see a doctor online instead of visiting the clinic. Help us flatten the curve by opting for an online 420 evaluation.